When selling your home, there are no guarantees that a buyer will simply walk through the front door. There are steps that you need to take so that your property receives maximum exposure to attract a ready, willing and able buyer.

The appearance of your home, a buyer’s first impression, and other considerations can also affect the sale of your home. Have you considered that home prices in your neighborhood and the value of your property are also factors used for pricing your home? In many cases you may have to bring your home to the buyer. Effective marketing will help ensure that your home is sold in a timely manner at the best price.

Below are some Q&A’s that you might find useful in the Home Selling or Buying process.

Risks of Remodeling Without a Permit

Most cities require that homeowners obtain a building permit before making modifications to their residence. Which modifications require a permit vary by city. Also, some cities are more vigilant than others in enforcing permit laws.

In order for the homeowner to receive a permit, the homeowner or his/her designee are required to file plans and pay fees to the city. In addition, the improvements are given a value. If they increase the value of the property, this may result in an increase in property taxes. Inspections are often required, and this means having to schedule and then wait for inspectors to approve the work to be done. This process can be time consuming and inconvenient in the short run. It is for this reason that some homeowners skip the permit process.

If a permit is needed and you fail to get one, the city may discover this at some time in the future and getting a permit retroactively can frequently be significantly more expensive and much more problematic than having obtained the permit before work commenced. If work is not done in accordance with city procedures or if the inspector is unable to determine if the work has been done properly, the homeowner could be required to open walls, tear up floors, so that the inspection may take place. In addition, by law, work not permitted where a permit was required must be disclosed to any prospective purchaser. This may cause the owner to discount their sale price or perform costly or time-consuming repairs before title can be transferred.

For prospective buyers of a property, save yourself the future hassle and loss of money by researching whether all work on the premises has been done according to code and with the proper permits. You may obtain these permits by going directly to Building & Safety in the municipality in which the property is located or by hiring a “permit puller” who will research the permits for you.

Traversing the Pitfalls of Home Inspections

June and Fred Smith were diligent about getting their home ready for sale. They ordered a pre-sale termite inspection report. The report revealed that their large rear deck was dry-rot infested, so they replaced it before putting their home on the market.

The Smiths also called a reputable roofer to examine the roof and issue a report on its condition. The roofer felt that the roof was on its last legs and that it should be replaced. The Smith’s didn’t want buyers to be put off by a bad roof, so they had the roof replaced and the exterior painted before they marketed the home.

The Smith’s home was attractive, well-maintained and priced right for the market. It received multiple offers the first week it was listed for sale.

But the buyers’ inspection report indicated that the house was in serious need of drainage work. According to a drainage contractor, the job would cost in excess of $20,000. Fred Smith was particularly distraught because he’d paid to have corrective drainage work done several years ago.

First-Time Tip: If you get an alarming inspection report on a home you’re buying or selling, don’t panic. Until you see the whole picture clearly, you’re not in a position to determine whether you have a major problem to deal with or not.

What happened to the Smiths is typical of what can happen over time with older homes. The drainage work that was completed years ago was probably adequate at the time. But since then, there had been unprecedented rains in the area, which caused flooding in many basements. Drainage technology had advanced. New technology can be more expensive but often does a better job.

The Smiths considered calling in other drainage experts to see if the work could be done for less. After studying the buyers’ inspection report, the contractor’s proposal and the buyers’ offer to split the cost of the drainage work 50-50 with the sellers, the Smiths concluded that they had a fair deal.

The solution is not always this easy, especially when contractors can’t agree. Keep in mind that there is an element of subjectivity involved in the inspection process. For example, two contractors might disagree on the remedy for a dry-rotted window: one calling for repair and the other for replacement.

Recently, one roofer recommended a total roof replacement for a cost of $6,000. A second roofer disagreed. His report said that the roof should last another three to four years if the owner did $800 of maintenance work. Based on the two reports, the buyers and sellers were able to negotiate a satisfactory monetary solution to the problem for an amount that was between the two estimates.

It’s problematic when inspectors are wrong. But it happens. Inspectors are only human. Here is another example: A home inspector looked at a house and issued a report condemning the furnace, which he said needed to be replaced.

The sellers called in a heating contractor who declared that the furnace was fit and that it did not need to be replaced.

In Closing: Sometimes finding the right expert to give an opinion on a suspected house problem is the answer, but it is always good to get two opinions.

What is a CMA and Why Do You Need One?

CMA is real estate shorthand for “Comparative Market Analysis”. A CMA is a report prepared by a real estate agent providing data comparing your property to similar properties in the marketplace.

The first thing an agent will need to do to provide you with a CMA is to inspect your property. Generally, this inspection won’t be overly detailed (she or he is not going to crawl under the house to examine the foundation), nor does the house need to be totally cleaned up and ready for an open house. It should be in such a condition that the agent will be able to make an accurate assessment of its condition and worth. If you plan to make changes before selling, inform the agent at this time.

The next step is for the agent to obtain data on comparable properties. This data is usually available through MLS (Multiple Listing Service), but a qualified agent will also know of properties that are on the market or have sold without being part of the MLS. This will give the agent an idea how much your property is worth in the current market. Please note that the CMA is not an appraisal. An appraisal must be performed by a licensed appraiser.

The CMA process takes place before your home is listed for sale. This is a good assessment of what your house could potentially sell for.

CMAs are not only for prospective sellers. Buyers should consider requesting a CMA for properties they are seriously looking at to determine whether the asking price is a true reflection of the current market. Owners who are upgrading or remodeling can benefit from a CMA when it’s used to see if the intended changes will “over-improve” their property compared to others in the neighborhood.

The Home Sale: Securing the Deal

Ready to close the deal? Maybe not.

Sometimes unforeseeable issues arise just prior to closing the sale. Hopefully, with negotiation, most of these have a workable solution. Unfortunately, this is not always the case. But don’t panic. Another buyer might still be found who is willing to accept the house as is.

Imagine that your prospective buyers are a couple with young children. They envision your unused attic as the perfect playroom for the kids but, before closing the deal, they request an inspection to see if it’s safe and also if they will be able to install a skylight to provide natural light to the new space.

This inspection reveals that under the shingles that are in good condition is a roof that will only last another year or two. The prospective buyers immediately balk, not wanting to incur the time and cost of replacing the roof. Their plans were to move in and only have to spend time and money renovating the attic. The additional cost of the new roof, they say, is just too much.

At this point, you sit down with the prospective buyers and calmly discuss the situation and how it can be solved to the benefit of all. First, you agree to get another professional opinion on what really needs to be done. Inspectors are only human, and are not infallible. Once the extent of the damage is agreed upon, you can jointly decide what to do about it. While the buyers hadn’t planned on that expense, you show them that instead of a limited roof life that they would get with most existing homes, they’ll have a new worry-free roof that won’t cost them in repairs for the next decade or so. Since the roof wasn’t in as good shape as you had thought, you agree to lower the purchase price to help offset the cost of the new roof.

To protect yourself against last minute “buyer’s remorse,” make sure the purchase contract anticipates and closes as many loopholes as possible after all known defects have been fully disclosed.

“We were looking for a cottage for about a year and switched our focus to the Huntsville and surrounding areas and come across a listing that she had advertised. Upon talking with Kim about the property we knew we had someone we could work with. She was very patient answering…

So appreciative of the help Kim gave us finding the perfect cottage for our family! Her knowledge of the area, finding the best properties that met our needs and answering all our questions made it a great experience finding a property that we will enjoy for many years to come!

“From our first meeting with Kim, we felt the true spirit of what life in Muskoka should be, warm, friendly and sincere.  Not once did we ever question that she did not have our very best interests as the focus of her intentions.  Her honesty coupled with her experience was…

“My husband and I were looking for some water front property in Muskoka to build our retirement home on.  The sales rep that we called couldn’t take us that day, so he passed us over to Kim and told us she was very good and would take care of us.…

We have gone through the process of purchasing 3 homes in the Huntsville area with Kim, and would absolutely recommend her !! We truly appreciated Kim's patience, honesty and professionalism. Kim went above and beyond our expectations, steering us in the right direction, quelling our nerves and frustrations, and offering… 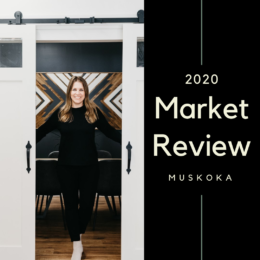 ANNUAL MARKET SPOTLIGHT MUSKOKA All data collected here is representative of single family detached dwellings both on and off water in the South Muskoka and North Muskoka areas.    WATERFRONT… 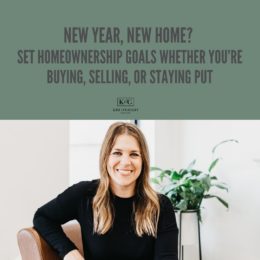 Set Homeownership Goals Whether You’re Buying, Selling, or Staying Put The start of a new year always compels people to take a fresh look at their goals, from health and… 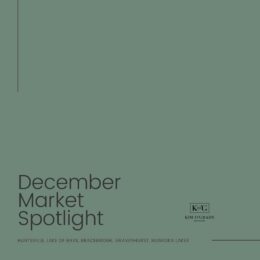 DECEMBER MARKET SPOTLIGHT MUSKOKA All data collected here is representative of single family detached dwellings both on and off water in the South Muskoka and North Muskoka areas.     …